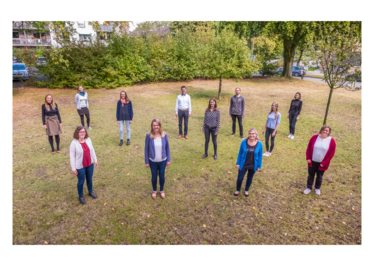 To keep trying, waiting, hoping – only to get a negative test result again: an unfulfilled wish for children can be emotional torture for affected couples. Prof. Frank Tüttelmann and his team from the University of Münster have made it their task to investigate the genetic causes of male infertility, to accurately diagnose patients and to facilitate treatments. The group, who has once more received substantial funding from the Deutsche Forschungsgemeinschaft (DFG) just this summer, can now be pleased about more recognition of their work: the Medical Faculty of the University of Münster has now founded the 'Institute of Reproductive Genetics'– the first institution of its kind nationwide!

The team’s success story started in 2017, when the DFG approved the Clinical Research Unit 'Male Germ Cells: from Genes to Function', CRU326 in short. The group unites scientists from the Institute of Human/Reprodcutive Genetics, the Centre of Reproductive Medicine and Andrology (CeRA), the Max Planck Institute for Molecular Biomedicine (MPI), the Department of General Paediatric's, the Institute of Cell Biology (ZMBE) and the Institute of Medical Informatics (IMI) in Münster. The multidisciplinary connection of clinical and research settings is a significant factor in the CRU’s success, according to its research coordinator Prof. Tüttelmann. The human geneticist, who was appointed a professor of reproductive genetics in 2018, outlines the ambitious aim: 'In the coming years, we want to double the causal diagnoses in male infertility.' With the recently approved continued funding for the CRU326 until 2023 and the now established new institute, the team has the best chances to live up to their own expectations.

For further details and the complete article, please find here the press releases of the Medical Faculty of the University of Münster or check out the institute's homepage at reprogenetik.de. More articles are published at the Badische Zeitung, the WWU journal wissen|leben and in the WDR Lokalzeit media library.

The CRU326 congratulats to this amazing success!